An example of a natural scale is

Welcome to Catalytic, a blog to discuss the discussion of subject matter from Higher Education, High School, Middle School and Elementary Schools. This time, Katalistiwa will discuss a question that is often asked in school exams. The questions are: An example of a natural scale is 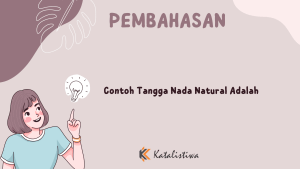 An example of a natural scale is

Natural scales are one form of scales that exist in music Art, is (C) C Major.

Because natural scales are scales whose basic notes do not need to be added or subtracted from the distance between notes to complete the scale arrangement. Therefore, the C major scale is the natural form of the scale because the notes on the C major scale are C – D – E – F – G – A – B – C.

Here are some types of scales: